which island to visit?

So you’ve decided to visit Hawaii; that’s so exciting! And then you sit down and try to figure out where you might spend your week or so, and it’s so overwhelming!

We’ll break it down and hopefully make it easier for you.

First, there is not a right or perfect answer. All of the islands have something to offer and it takes time (years!) to explore and appreciate them thoroughly. You will enjoy your time on any of the islands.

This rule of thumb is important: recognize and acknowledge you can’t see it all on one trip. There are things you will not be able to fit in, and that’s ok. Say it out loud if you need it. “It’s ok. I’ll see it next time.” That’s the best piece of travel advice we’ve learned first hand in our years of traveling together. (If we ever meet, ask us about our day in Dublin!)

Besides living on O’ahu, we have spent many weeks on each island and still not yet seen everything there is to see. Don’t focus on what you won’t have time to see on this trip. Focus instead on what you DO get to see and then on planning your next trip back!

// School is in session

To understand the differences between the islands, we need a short geology and meteorology lesson. Who would have thought that a great vacation would require some 8th grade Earth Science first?!

// Geology
The Hawaiian Islands are a group of islands (archipelago) that are millions of years in the making. Remember plate tectonics? In short, picture the Pacific Plate moving northwest (think Mexico toward Japan). Well, in the middle of the ocean is a flow of magma that has been slowly depositing itself and building island after island as the plate moves northwest.

If you look at a map of the islands (see below) they go from youngest to oldest as you go east to west. As the islands age, they erode and shrink back in the sea that birthed them. The erosion leads to more beaches and shorter mountain peaks.

In fact, the island chain continues way up to Midway Island (and those islands are protected and we can’t even visit them. For more, read about the Papahānaumokuākea Marine National Monument on Wikipedia.

// Meteorology
The short of this lesson is about the trade winds. The “trades” blow from the northeast toward the southwest (think from Vancouver to Australia) and bring cool winds and, more importantly, rain.

Why is that important? Each side of the island that’s the “windward” side (meaning it gets the trade winds first) are the wetter sides of the islands. And it can be drastic! It can be ten times more rain a year compared to the leeward side (the opposite coast). It means the windward side (again, often the northeast facing shores) are more lush and green, but also rainier.

While there are many islands to visit, most people end up on one of the main four islands: 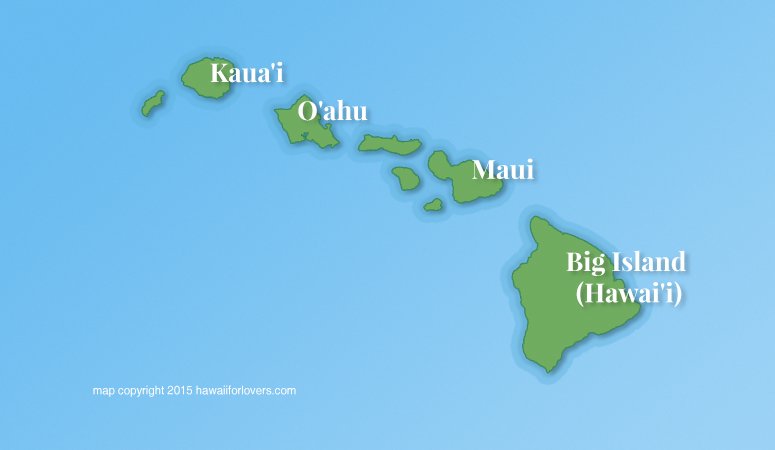 Let’s take a look at them and understand the basics of each island. 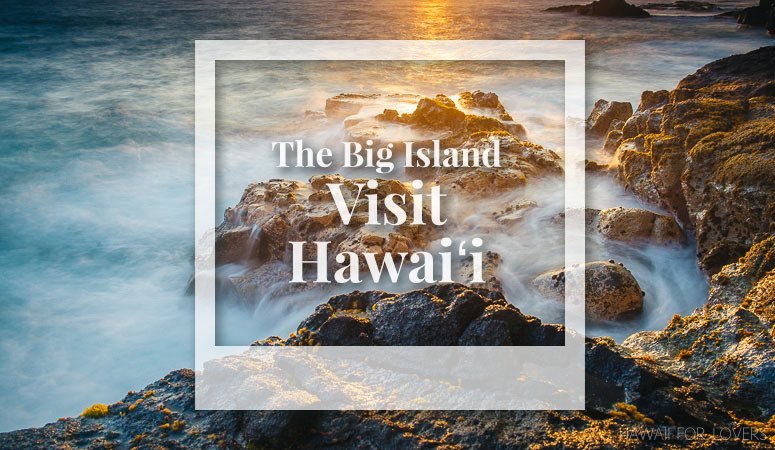 The youngest of the islands (by a few million years), this is where you will find the active volcanoes (Volcanoes National Park) and miles upon miles of volcanic rock. It’s also home to Mauna Kea and the tallest peak of any of the Hawaiian islands (again, it hasn’t had the many millions of years to erode yet).

It’s the island which is actually named Hawai’i; although people normally mean the entire state when the say that, hence the nickname: the Big Island.

Because of its youth, its beaches are smaller (although still lovely) and not always as accessible as other islands. You will find multiple color beaches here though (including green, black, and white).

The Big Island is the largest and takes a few hours to drive across or around.

There is plenty of hiking and beach activities around the island. The Big Island is also home to almost all of the different climate zones found on earth. They even get snow on top of Mauna Kea sometimes!

The Big Island goes from rural to small suburban towns. It has airports in Hilo and in Kona.

Check out our blog posts about things to see, do, and eat on the Big Island. 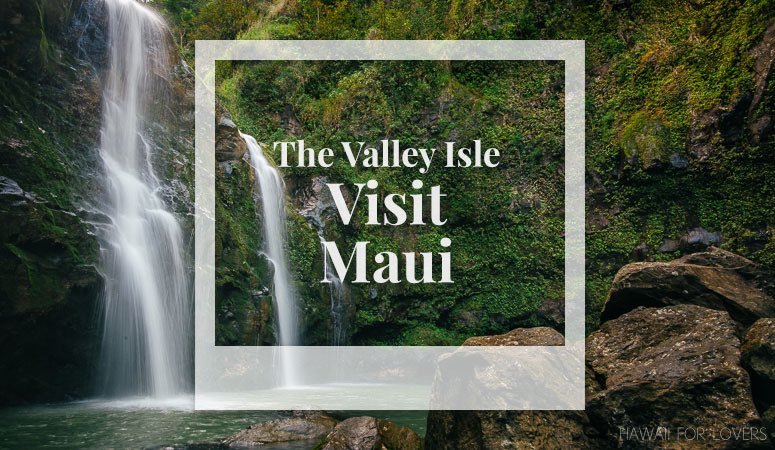 Maui is the second oldest of the islands. And what was one large island is now four smaller islands (thanks to erosion!).

Maui has two large volcanic peaks (one being Haleakala National Park) with a large flat valley in between. You can picture how in a few hundred thousand years, Maui will be transformed into five separate islands as you drive the valley between them. Until 2016, the valley was home to the last sugarcane plantation in Hawaii.

Hana (as in, the Road to Hana) which is a more rural area on the windward side.

Kihei and Wailea are on the leeward side of the eastern half of Maui. Here you’ll find long, beautiful beaches and hotels and resorts. Kihei is a small/suburban tourist town and Wailea is a planned resort area complete with a high-end shopping mall.

Lahaina is the resort town/area found on the leeward side of the western half of Maui. It’s home to the famously large banyan tree (planted in 1873!) and the shopping on Front Street.

Maui goes from rural to small suburban towns. Its main airport is in Kahului.

Check out our blog posts about things to see, do, and eat on Maui. 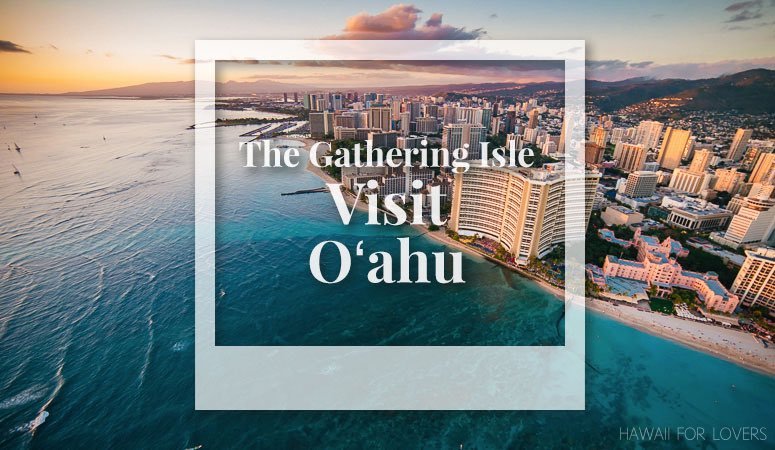 O’ahu is the most populated of the islands. It’s home to Honolulu, Waikiki, the North Shore, and Pearl Harbor.

While there is a lot to see and do here, it’s also the most developed and busy. Some people avoid it for that reason, but there is plenty to love about O’ahu.

O’ahu’s main areas are: Honolulu and Waikiki on the south shores, some of the world’s top rated beaches on the windward side (such as Lanikai and Waimanalo), the famous surf breaks of the North Shore, and the resort area of Ko’Olina on the west side.

There is plenty of hiking and beach activities around the island. O’ahu’s Hanauma Bay is famous for it’s snorkeling (although there are plenty of areas on all of the islands for that). O’ahu also offers some of the best high-end shopping.

O’ahu goes from rural to busy downtown cities. Its main airport is in Honolulu.

Check out our blog posts about things to see, do, and eat on O’ahu. 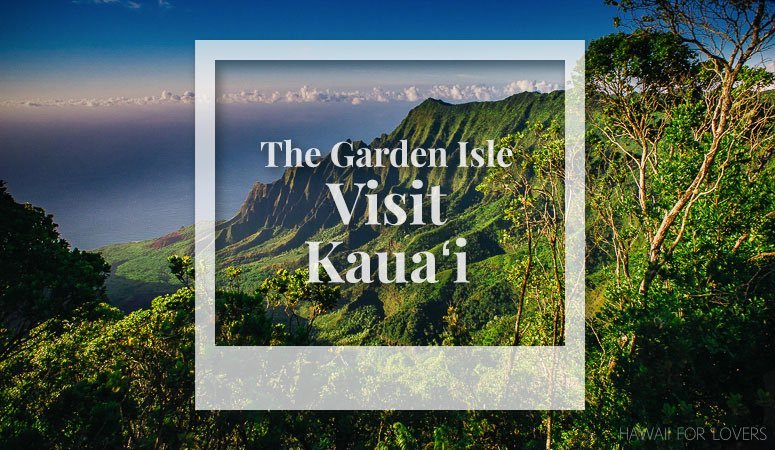 Know as the Garden Isle for its richness in natural beauty, Kaua’i is the oldest of the main four islands. From the dramatic cliffs of the Na Pali coast to the humbling and inspiring Waimea Canyon (the “Grand Canyon of the Pacific”, Kaua’i offers an endless landscape of beauty and relaxation.

From the dramatic cliffs of the Na Pali coast to the humbling and inspiring Waimea Canyon (the “Grand Canyon of the Pacific”, Kaua’i offers an endless landscape of beauty and relaxation.

There is plenty of hiking and beach activities around the island. In fact, because of its age, Kaua’i has the largest beach in Hawaii; a 17-mile stretch of pristine sand known as Polihale Beach.

Kaua’i goes from rural to, well, pretty rural. There are a few cute small towns and some resort areas but Kaua’i remains the most undeveloped of the islands – and the locals want to keep it that way. Its main airport is in Lihu’e, the largest of the cities..

Check out our blog posts about things to see, do, and eat on Kaua’i. 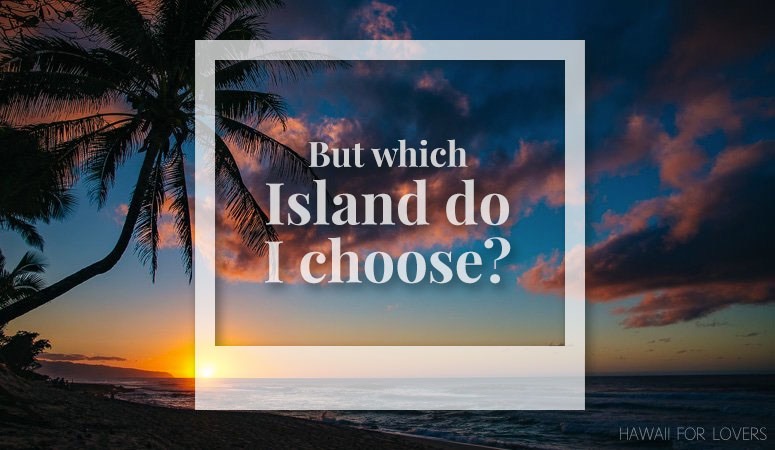 // That’s all great info, but How do I choose an island?

Remember, there isn’t a right or wrong choice here. They are all beautiful and offer so many opportunities to have a romantic adventure together.

If you’re only coming for one week, we suggest picking one island and making the most of it. Two weeks? Now you can start seeing a second, possibly a third island.

Basically, five to six days per island is our idea of the minimum time you’d want to spend to enjoy what that island has to offer.

Based in Honolulu, Oahu. Available for
photography on all of the Hawaiian islands.

Yesterday’s wedding was all sorts of good colors

Howzit? I’m Andy and I capture people in love wi

How about a walk on the beach? That's a couple's t

Dance party after the ceremony? Go ahead, you've e

Go, play on the beach together. Or, if you're like

Sunsets are made for quiet moments on your wedding

Hiking Diamond Head gives you a great view of Hono